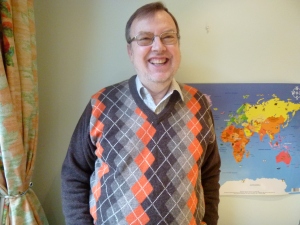 My course of radiation which started in January finished on Friday; some emotional goodbyes with staff and fellow cancer sufferers. They say I will continue ‘cooking’ for the next two weeks like food coming out of a micro wave oven continues cooking long after the ping has gone!  I certainly didn’t feel well enough to go out for a promised celebration meal this weekend as I was looking forward to doing. 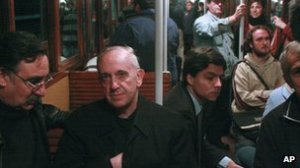 Only God could do this. Just when we think Christianity is nearly down and out in Europe, the Church of England goes and appoints a Holy Spirit filled Archbishop who keeps asking himself, ‘what would the man in sandals do?’ and then the Roman Catholics appoint a Pope who begins his first day saying he wants to be known as Francis (the man of God from Assisi who had a heart for the poor and creation), and saying that the church should be ‘poor and for the poor’.

Minutes after the election result was declared in the Sistine Chapel, a END_OF_DOCUMENT_TOKEN_TO_BE_REPLACED

I said farewell to a dear friend last week, Colin Ashdown, who I’ve served  alongside for 39 years. I hardly knew him when came to my ordination in Essex as a pastor way back in 1974; little did I know he would turn out to be such a BEST man. It was obvious by the huge turnout at his funeral he was a BEST man (top man!) to loads of others as well

Tributes were paid to him as a FAMILY man by his niece Kirsty and big brother Bill. They thought the world of him! The way he died on Sunday 10th February impacted them deeply. Through out the day as he lay on his bed END_OF_DOCUMENT_TOKEN_TO_BE_REPLACED