In Part one of ‘Don’t Mess Up’, we saw how concerned Jesus was for the future generations of believers splintering into ‘I do it my way groups’, that his last prayer focused on us keeping together. He knew that divided we fall…

A passion for unity, oneness is something only God can stir. It goes against our natural, individualistic culture – which we hold so tightly in this generation. Unity within a church family, across neighbouring churches in a town or city – or even nationwide; goes against the drive for ‘empire building’ but to Kingdom building.

In 2002 in what the news called “The Miracle at Quecreek,” nine miners, trapped for three days 240 feet underground, in a water-filled mine shaft “decided early on they were either going to live or die as a group.”

The 55 degree (Fahrenheit) water threatened to kill them slowly by hypothermia, so “When one would get cold, the other eight would huddle around the person and warm that person, and when another person got cold, the favour was returned.”

“Everybody had strong moments, “Harry told reporters after being rescued, “But any time one guy got down, then the rest pulled together. And then that guy would get back up, and maybe someone else would feel a little weaker, but it was a team effort. That’s the only way it could have been.”

They faced incredibly hostile conditions together–and they all came out alive together. 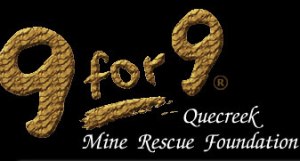 What a picture of the body of Christ. It clearly says in scripture ‘the world will know’. They will know Jesus because of how we behave and interact.

NO ONE CAN IGNORE A BEAUTIFUL BRIDE.

Imagine a church praying the Jesus way, the Jesus agenda

Singer Boy George said, “On Sunday I attended the christening of my year-old godson Michael, and he was as restless as everyone else. The priest was a lovely man with impeccable dress sense, but I was confused from the moment he took the pulpit. Most of us only ever go to church for weddings and funerals, so sticking to the Book is pointless…and what’s the point of rattling on about sin when most of us are doomed to eternal damnation? It doesn’t warm people to Christianity, it only makes them feel like hypocrites. Worse still are the utterly depressing hymns. I’d like to see live music, acoustic guitars, and percussion. Church should be a joyous and liberating experience–[it] badly needs a facelift because it is God’s theatre on earth, and he should be packing them in

In 2015 let’s play our part in being the answer to Jesus last prayer; we’ve got to stop messing it up! No more bad mouthing other Christians or churches this year; instead lets go out of our way to move closer to each other. We are all on the same side after all, it’s the devil who is the enemy, not our brothers and sisters!