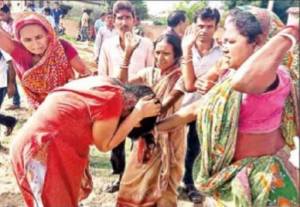 Masih das and Sarita are in a very dangerous situation. Please lift them up to the Lord. They have been beaten before for Jesus but not implicated in a murder charge.

From what we can tell they are safe from the mob at the moment having been arrested and being kept in jail while the police investigate the murderer.

Masih das and Sarita have known they were working in a dangerous place but never expected one of the children to be involved. They are such lovely kids, so poor and so appreciative of the chance Bethany House is giving them.

Its tragic, especially as its rumoured that the perpetrator might in fact have been one of the children, and not an outsider

Masih das’ family members have been allowed to visit the house and assess the damage, all the children being dispersed to their homes.

Please cover this situation in prayer, especially praying for the family of the murdered boy, a precious 10 year old only child, and for the emotional and physical healing from this trauma for Masih das and Sarita.

These trials are only to test your faith, to show that it is strong and pure. It is being tested as fire tests and purifies gold—and your faith is far more precious to God than mere gold. So if your faith remains strong after being tried by fiery trials, it will bring you much praise and glory and honor on the day when Jesus Christ is revealed to the whole world. (1Peter 1v6,7)

We have a power point presentation telling more of the situation suitable for prayer gatherings. If you’d like a copy please let us know