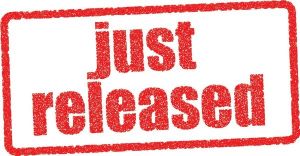 I have just received a call from Masih Dad and Sarita in India, 4.30 am in the morning their time, telling me they are going to sleep on a bed tonight for the first time in 10 days! They are so full of praise and grateful for all the prayers of Gods people around the world. Both them and the boys that the police were holding have been released. Masih das and Sarita have been taken to a safe place some distance away, the children back to their families. Speaking with the boys Masih das is convinced that they had nothing to do with the murder; we must pray that the DNA result confirms them innocent. This will pull the rug out from under the feet of the opponents of the gospel out there. Masih das spoke of the favour he received from the police and leading Hindus in the town who have visited them and brought food. Sadly the local believers have been too frightened to come and visit; does that remind you of what happened to Jesus on the cross?

It’s hard being on the receiving end of hostility like Masih das and Sarita are experiencing at the moment. You would think that if we are serving Jesus faithfully, then He should bless us with favour and people would appreciate us and honour us.

I am reminded of New Testament times when Paul and Silas were pursued and hunted down by the Greeks of Thessaloniki. Acts 17:6-8 tells us that a violent mob attacked the house where they were staying and dragged their host and several other leading Christians before the rulers of the city.

‘Not finding them there, they dragged out Jason and some of the other believers instead and took them before the city council. “Paul and Silas have turned the rest of the world upside down, and now they are here disturbing our city,” they shouted. “And Jason has let them into his home. They are all guilty of treason against Caesar, for they profess allegiance to another king, Jesus.”

Paul and Silas fled the city under cover of darkness as soon as night fell. They knew it was safer to be pursued and hunted by a hungry lion than by Thessalonians with a grudge.

For the time being this is also the best thing for Masih das and Sarita to do.

Later Paul writes something revolutionary to the Thessalonians about ‘retreating to advance’.

‘See that no one pays back evil for evil, but always strive to do good to each other and to everyone else’. 1 Thess. 5:15

The word he uses for strive is the very same word that he uses for non-Christians hunting and perusing and persecuting followers of Jesus. Paul tells his converts in Thessaloniki that they must respond to those who did harm to them by hunting them down just as passionately in ORDER TO DO THEM GOOD.

It’s probably not what they wanted to hear; nor what Masih das and Sarita want to hear just now. But we follow a king who when he was mocked and spat on and beaten and crucified cried out ‘Father forgive them for they do not know what they are doing’.

Pursing people with love instead of vengeance is far from easy, but we are never more like Jesus than when we do.